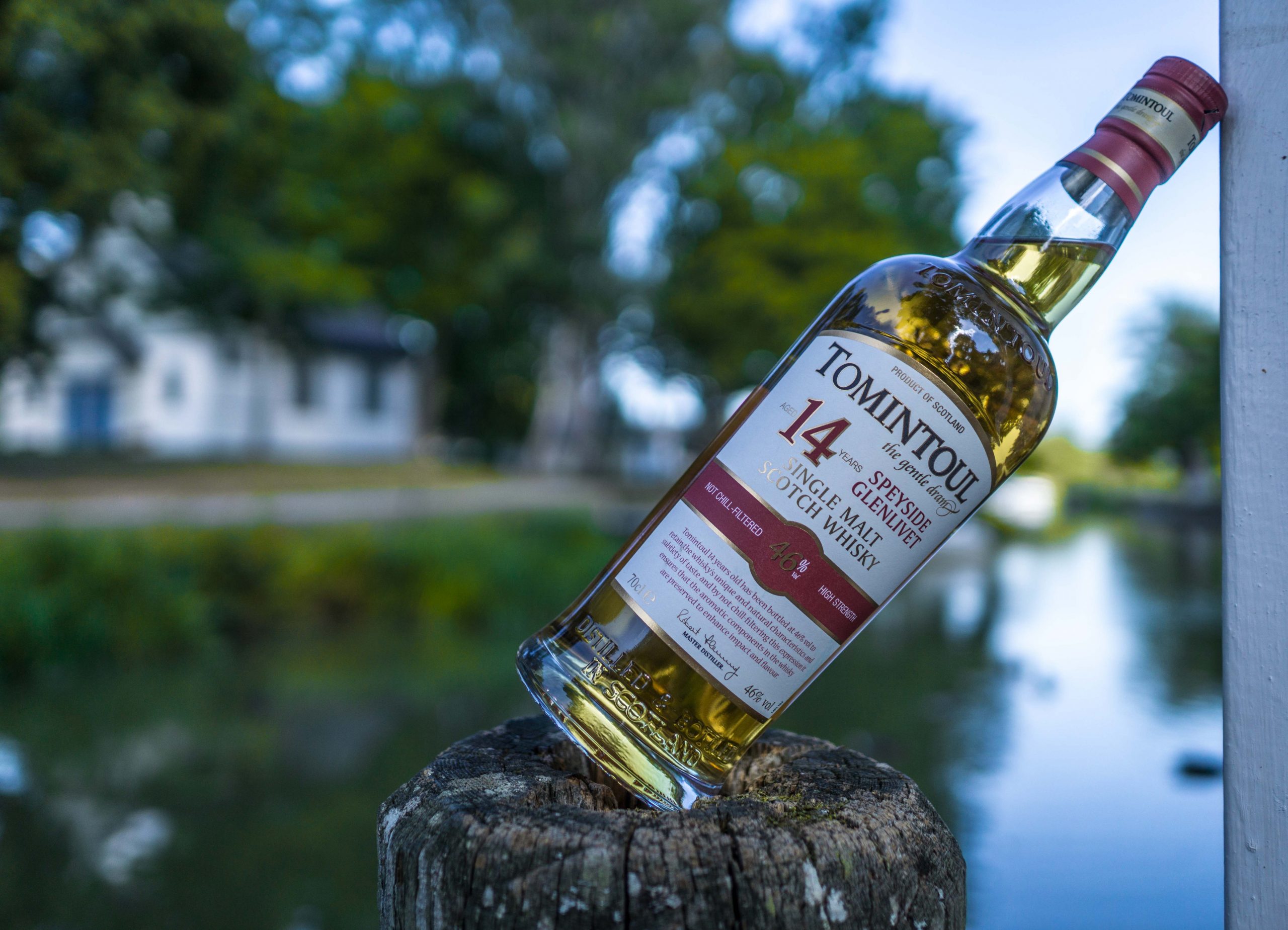 Tomintoul Distillery is located inside the picturesque Glenlivet estate, within the whisky producing region of Speyside. The distillery is named after the nearby village of Tomintoul, the highest village in the Highlands of Scotland.

Tomintoul Distillery was built in 1964. The distillery uses traditional techniques that stretch back hundreds of years, to make their award-winning single malt, “the gentle dram”. The natural environment, fresh air and pure water all add to a uniquely smooth and mellow spirit.

Tomintoul Whisky is a testament to their Master Distiller, Robert Fleming, whose family has been making whisky in the Speyside Glenlivet region for four generations. He began working in the whisky industry in 1974, and worked for a number of different distilleries until coming to Tomintoul, where he has been for over 20 years. Robert is responsible for all aspects of production and is very passionate about making exceptional Scotch Whisky.

Their 14yo is bottled at 46% abv no chill-filtration and no colouring, aged in ex-bourbon casks. Some notes about the whisky(not my own notes): Very spicy. There is some cedar, cinnamon, clove and floral notes. But also Golden apple and vanilla.

Im returning to you with a review on my instagram later on.