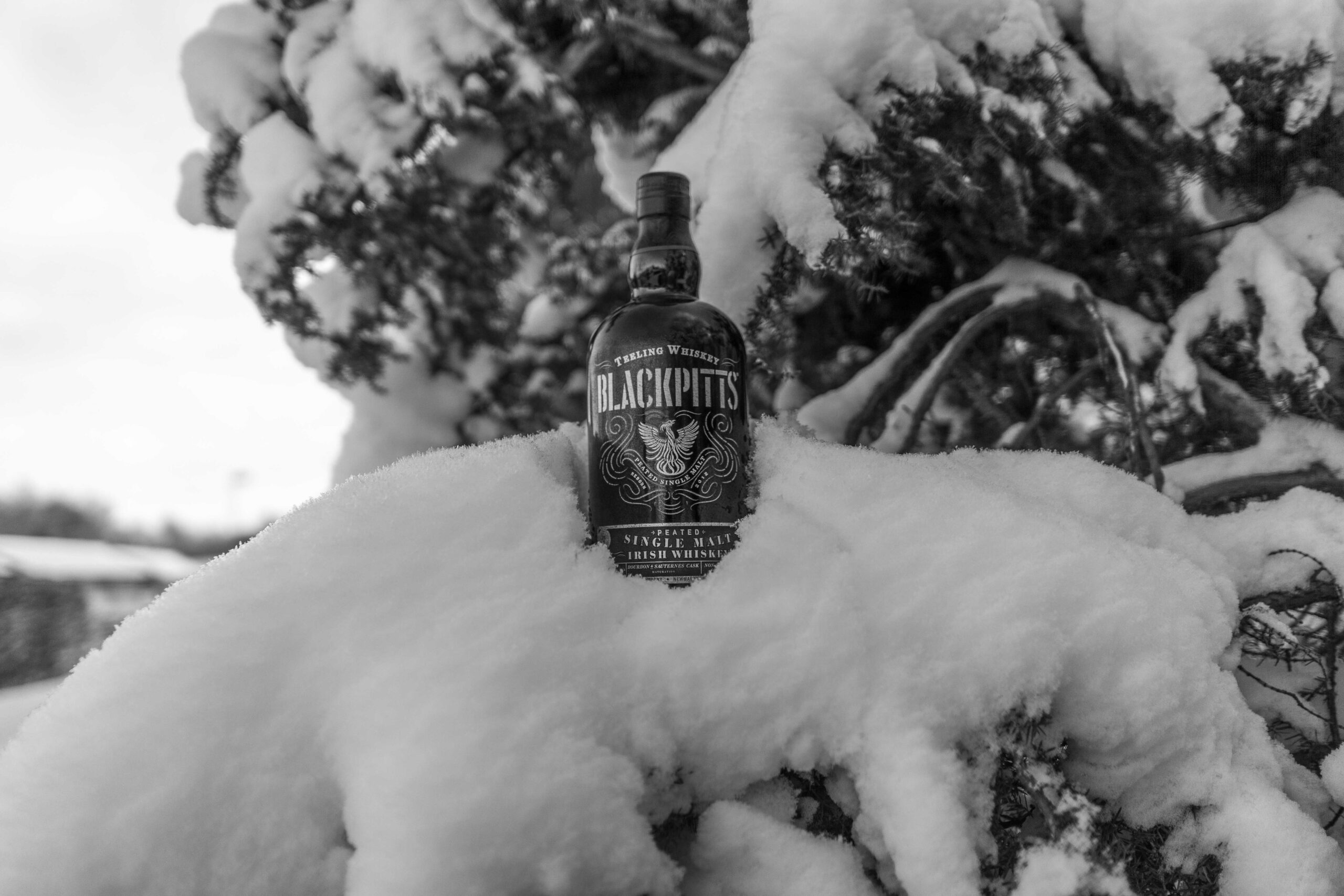 Inspired by the old ancient Blackpitts area just behind the new Teeling Whiskey Distillery based in
Newmarket in the old Liberties area of Dublin City, this area was synonymous with many industries
and in particular malting houses.
Blackpitts was traditionally home to some of the largest barley malting houses in Ireland.
By using smoke from peat to dry the barley during the malting process, the resulting peated malt
produces a distinctive smoky taste profile which is the signature of a Peated Single Malt.

Teeling Blackpitts is the first peated single malt to have been distilled in Dublin and is the first peated whiskey by Teeling.
It is triple distilled from malted barley and dried over peat fires.  The triple distillation reduces some of the medicinal character
you would get from a traditional Scottish Peated Single Malt and allows the more barbeque smoke characteristic to shine.
Matured in a combination of ex-bourbon and ex-sauternes French wine casks.
Bottled at 46% with no chill filtration to produce a truly different and unique expression of Teeling and Irish Whiskey.