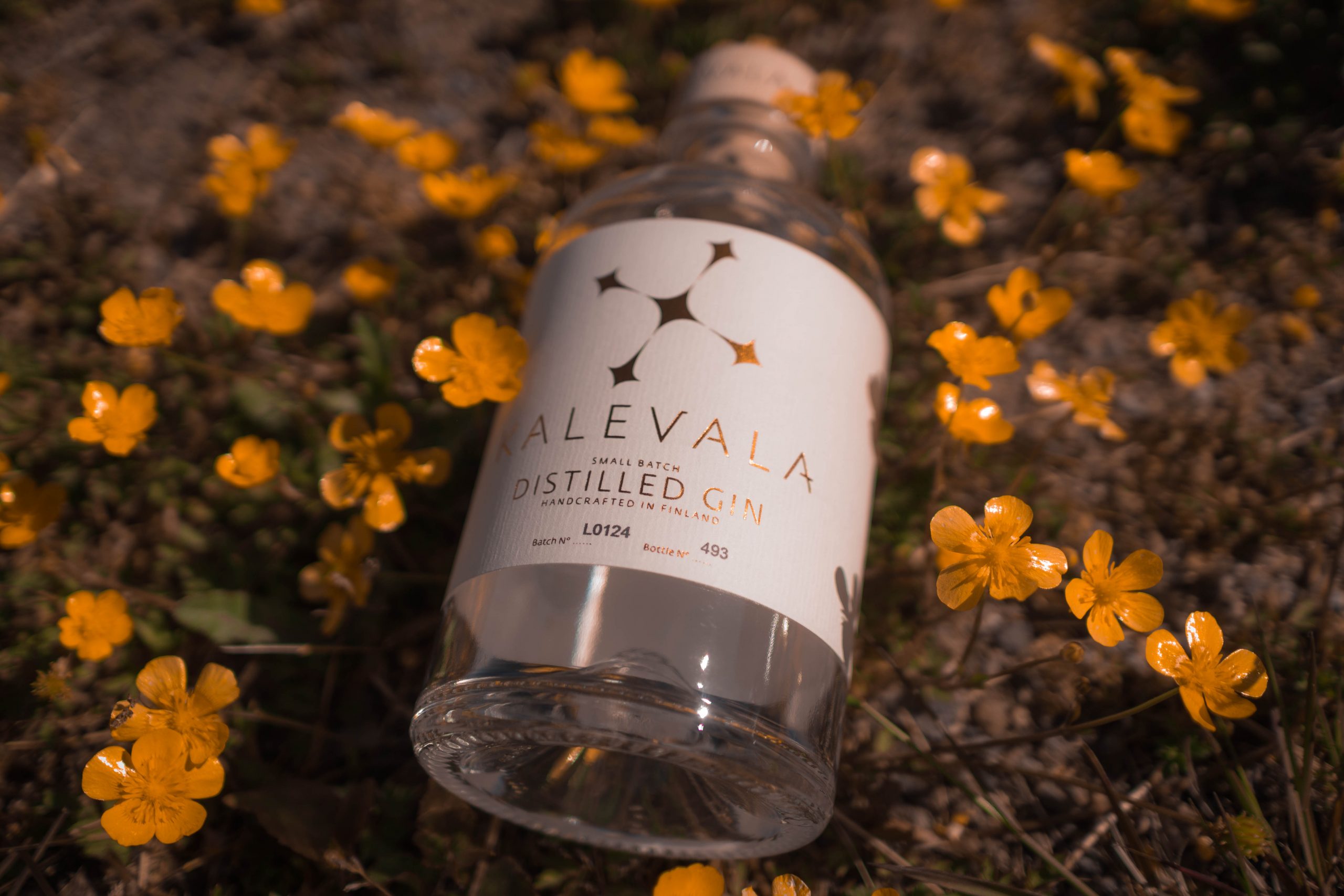 The Kalevala is a 19th-century work of epic poetry compiled by Elias Lönnrot from Karelian and
Finnish oral folklore and mythology.
It is regarded as the national epic of Karelia and Finland and is one of the most significant works of Finnish literature. The Kalevala was instrumental in the development of the Finnish national identity and the intensification of Finland’s language strife that ultimately led to Finland’s independence from Russia in 1917.
The first version of the Kalevala, called the Old Kalevala, was published in 1835. The version most commonly known today was first published in 1849 and consists of 22,795 verses, divided into fifty folk stories (Finnish: runot).

The Kalevala gin focus on the juniper taste but they also include mint, rosebud, raspberry leaf and rosemary. The gin has a abv of 46,3% and comes in 50cl bottles.
In my optinion this is one of the favourite gin bottles that I’ve tried especially with finnish lingon berries.