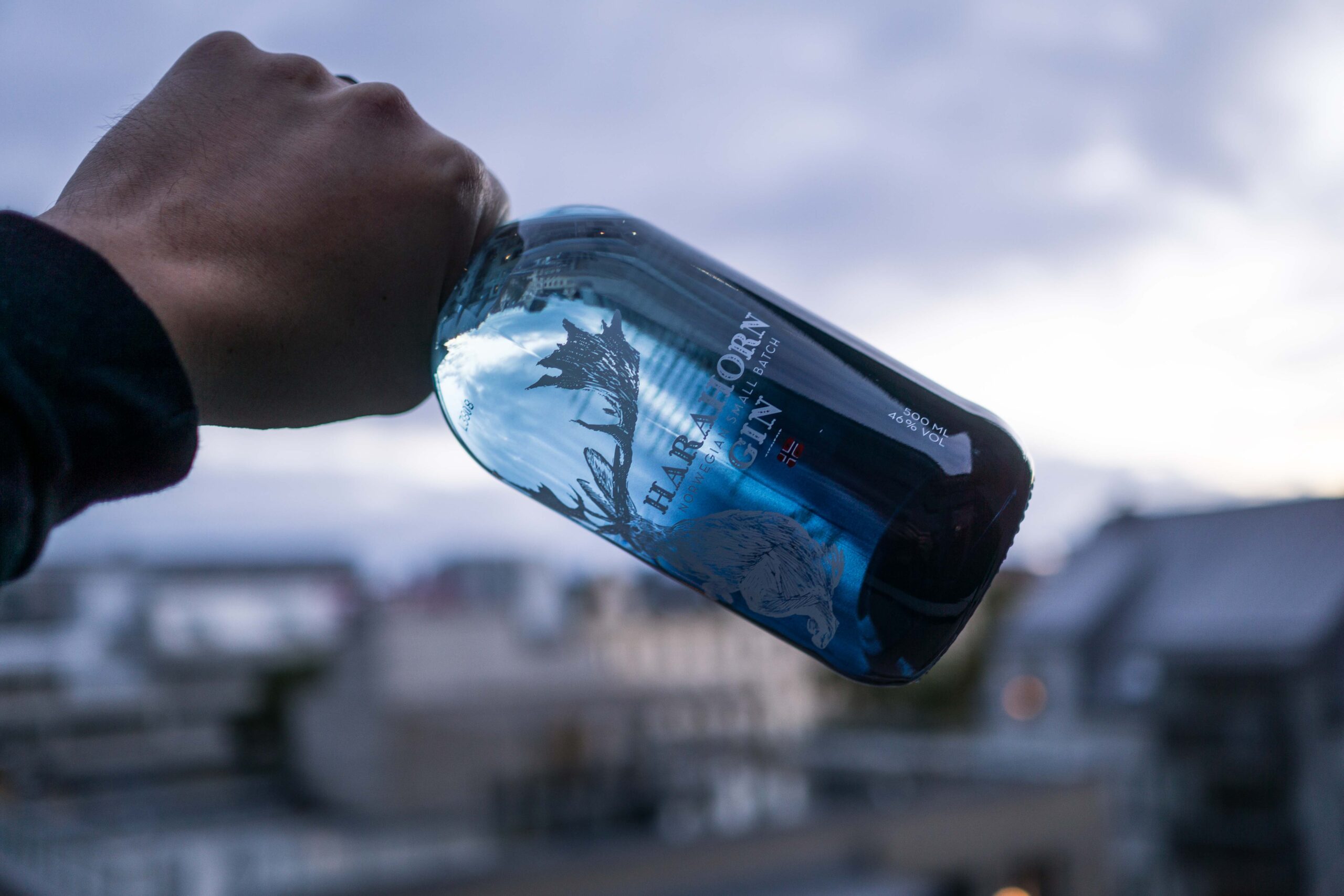 Harahorn gin is a small batch Norwegian Gin produced by Det Norske brenneri and bottled at 46% ABV.
Det Norske Brenneri, formerly Puntervold / Agder Brenneri, has its production and
barrel warehouse in Grimstad in Sørlandet. Among other things, various aquavit
brands and apple spirits have been produced here since the production monopoly in
Norway was dissolved in 2005.
We were the first private distillery in Norway after more than 80 years of monopoly.
Grimstad has a history dating back to the 1880s when it
comes to the production of liqueur wines, through the Fuhr brand.

Harahorn is a real craft gin. We only produce 300 liters at a time, to have maximum control over the quality.
Berries and herbs from Norwegian nature are used here – some of the world’s most tasty.
This gives a potent gin with 46 percent alcohol. Perfect for drinks and cocktails.

Named after a mountain in Hemsedal, and with inspiration from a fabulous animal no one has yet seen alive…
Contains juniper from Røros, blueberry from Nordmarka, rhubarb from Grimstad,
seaweed from the Skagerrak, watercress from Oppdal and rock mint from Sunndal.
Awarded gold medals in some of the world’s largest liquor competitions
– San Francisco World Spirits Competition 2016,
China Wine & Spirits Awards 2018 and New York Intl. Spirits Competition 2018.