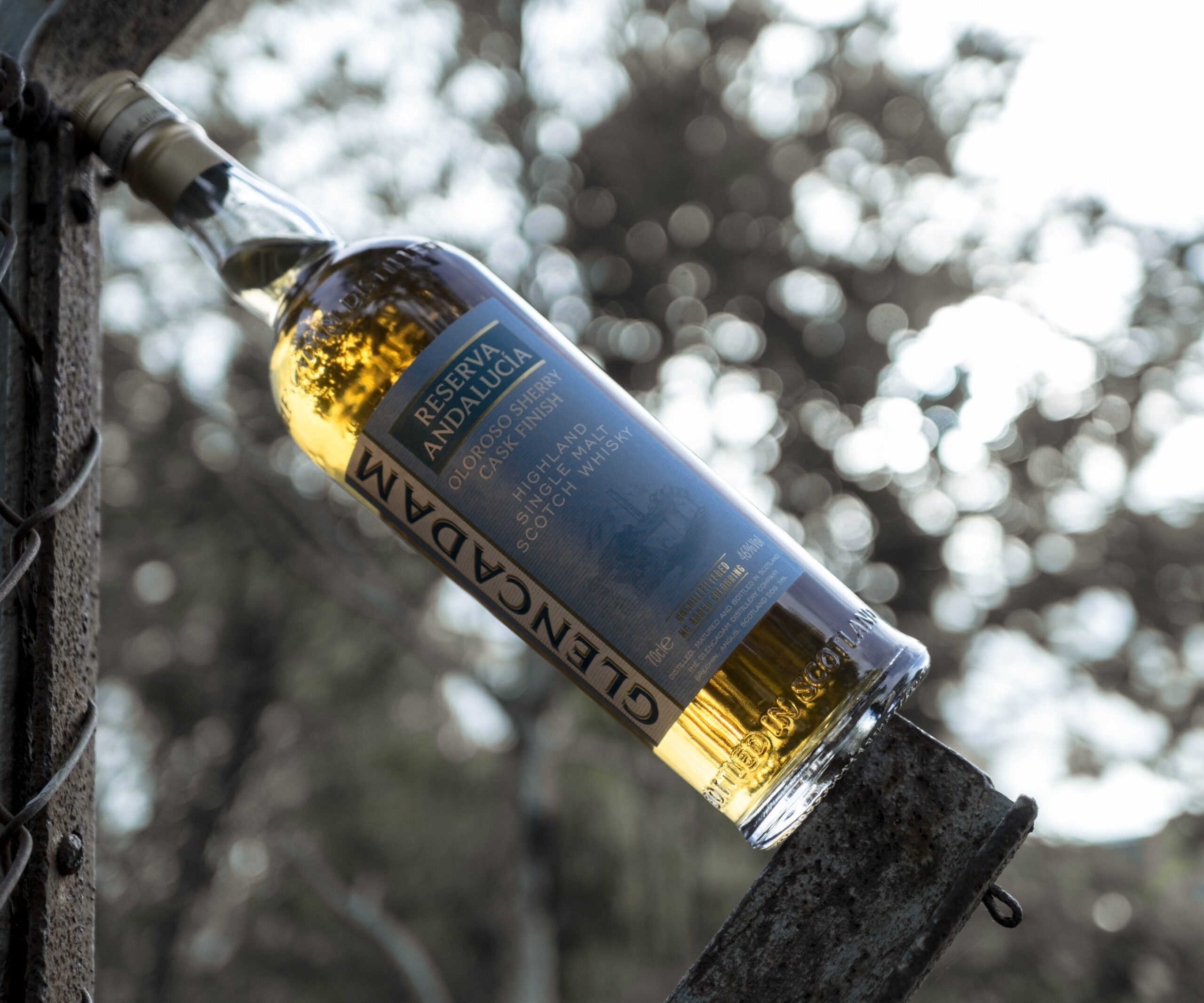 Glencadam first opened in 1825, in the ancient city of Brechin.
This was the year that the first horse-drawn omnibuses were established in London,
the world’s first modern railway opened, with the first public train pulled by steam engine.
The distillery was owned by a David Scott and his descendants from 1827- 1891,
and during this period it was rented to various distillers.
Over the next few decades the distillery had a succession of owners.

The Glencadam Reserva Andalucia is first aged in Bourboun and sherry casks then
married together and finished in sherry casks from Jerez from the region Andalucía.
This whisky is bottled at 46% abv and its un-chill filtered with no color added.