The Duppy Share was created from a blend of three-year-old Jamaican rum and five-year-old Barbados rum, which were aged in Bourbon barrels and then bottled in London.
The new Duppy Share Spiced was developed with Robin Honhold, former head of operations at Mr Lyan, which manages venues such as Lyaness and Cub in London. Honhold is also the co-founder of drinks innovation team A/O.

“Spiced rum has had a bad reputation in the past for being super sweet and packed so full of flavourings that you can’t even tell that it’s a rum. We wanted to forge a different path to advance the category and show consumers how good a spiced rum can be.”

The spiced variant is made with a base of aged rum from Jamaica’s Worthy Park and Barbados distillery Foursquare.
The 37.5% ABV expression has been created to be an “accessible, versatile craft rum with a blend of spices” that are designed to stand up in mixers such as ginger, soda and cola.
The Duppy is celebrated in this new, quirky rum, which offers lots of easy drinking fruit and vanilla character, ending with a lovely spicy finish. 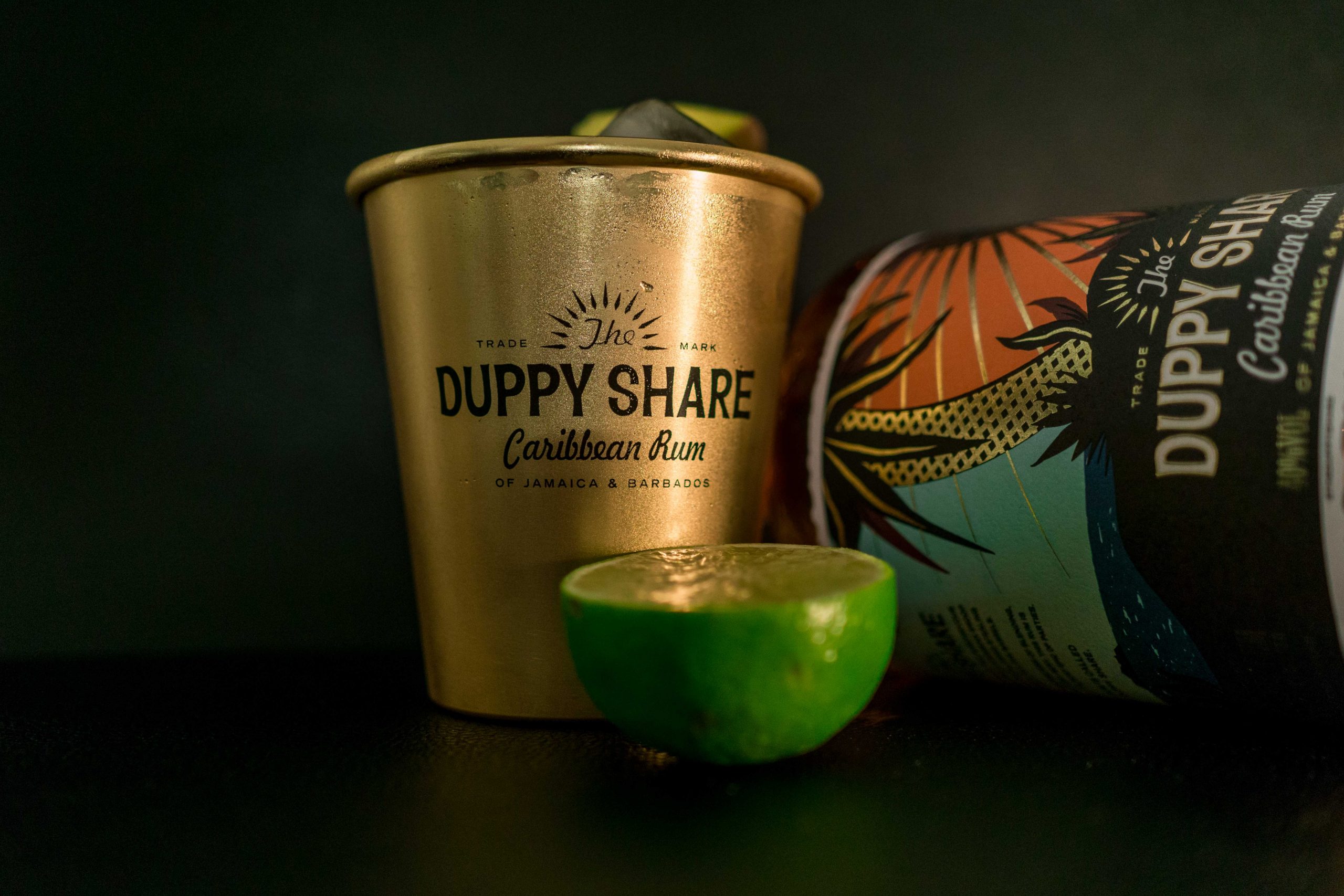 The Duppy Share Caribbean rum is both aged and ditilled in the Caribbean.
It’s a balanced unique blend of premium rums from the beautiful worthy park estate in Jamaica and the prestigious foursquare distillery in Barbados.
The Jamaican rum is aged for 3 years and the Barbados rum is aged for 5 years. These two combined results in tropical fruity notes and a smooth buttery finish.
The rum is 40% abv and comes in several different sizes mine is a 70cl bottle.

Now to the cocktail ?
– 4cl The Duppy Share Caribbean rum
– Lime juice from a quarter of a lime
– 4 chunks of 1x1cm mango cubes
– Top up with some lime soda

First put all the mango cubes in a shaker.
Muddle them to extract some juice.
Add some ice, lime and rum.
Shake a few times.
Pour it in your favourite Duppy glass on a big ice cube and top up with some soda.
Garnish with some mango cubes or a lime slice.

The cocktail is fresh by the lime and tropical because of the rum and mango.
Enjoy!