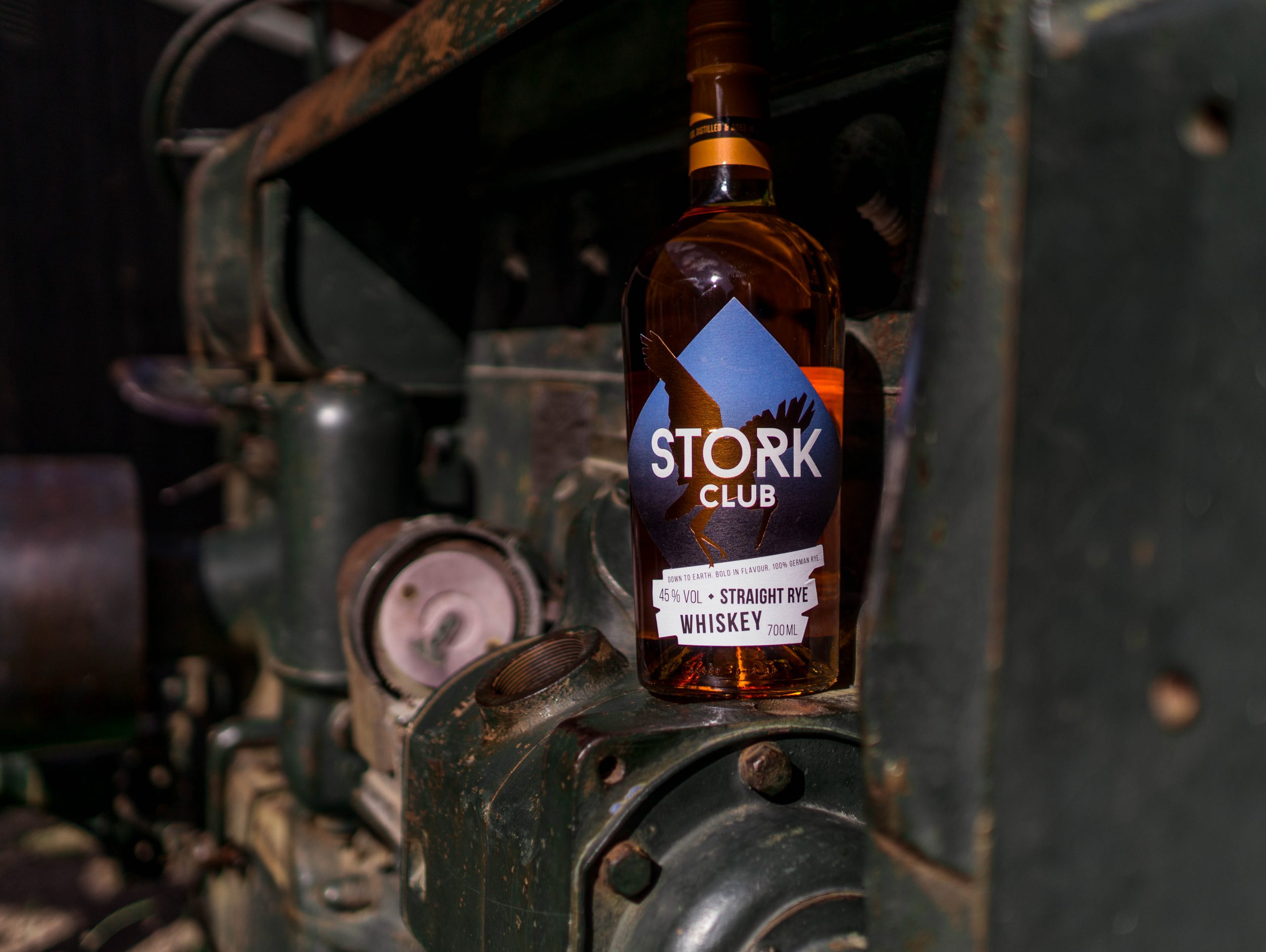 Stork club whisky is described as a down to earth whisky with 100% german rye. It’s small batch distilled and triple cask aged handmande in Germany.

With the newly launched “Stork Club” whisky range, consisting of a straight rye whisky, a single malt whisky and single-cask fillings, the SpreeWood Distillers have focus on selective cask management and the unusual microclimate of the Spreewald Biosphere Reserve. This micro-climate with its seasonal temperature differences, unusually pronounced for Central Europe, ensures intensive interaction of the distillate with the casks and leaves a unique character in the whisky.

The grain for the distillate is supplied by Germany’s breadbasket, right on the distillery’s doorstep: Brandenburg. Even American rye whisky producers trust in the quality of the rye cultivated here. The whiskies currently mature in bourbon and sherry casks, as well as in white wine casks of selected German wine-growers. In parallel with this, in cooperation with international experts, we are working on a type of cask management that is revolutionary for Germany.

All whiskies are filled without the addition of colourings and flavourings and without using cold filtration.
Incidentally, “Stork Club” is the emblem of the region, dedicated to the stork. In spring, many stork couples find a breeding place around the distillery: the Club of Storks was born!

STORK CLUB Straight Rye Whiskey is bottled  at 700ml / 45% abv. Here are some notes from the distillery:

Occasion
The perfect partner for whiskey highballs and cocktails!