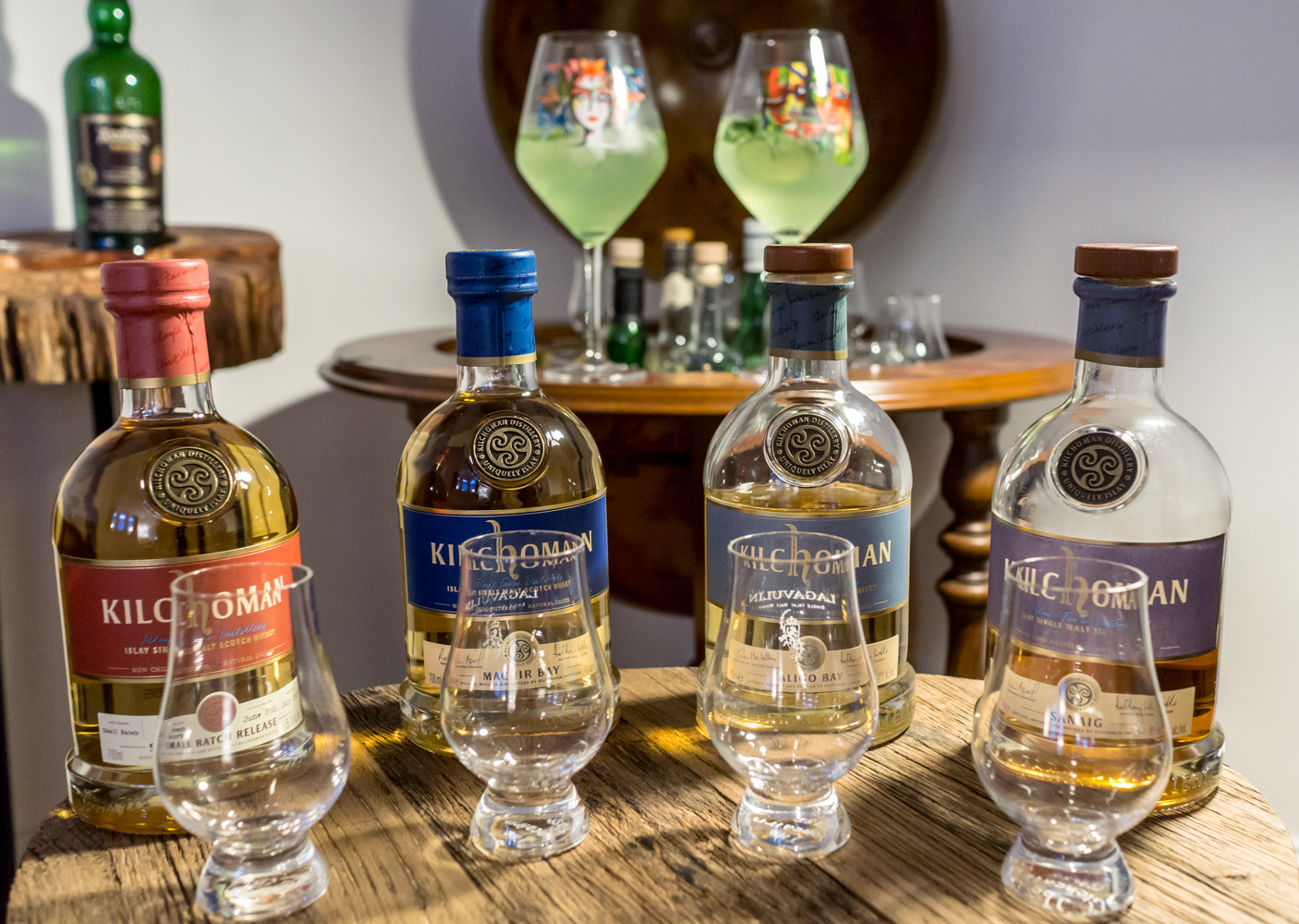 Kilchoman Sanaig, named after an inlet on Islay’s rugged Atlantic cost, is a vatting of Kilchoman matured in both sherry and bourbon barrels. This sherry cask scotch whisky is matured in a high proportion of oloroso barrels, imparting a balance of dried fruits, dark chocolate and rich peat smoke into the spirit.
Kilchoman Saligo Bay originally released for travel retail, Saligo Bay is named after an area close to Kilchoman distillery. This five-year-old whisky has been aged in ex-bourbon casks, and offers notes of butterscotch, toffee, citrus and smoke.
Machir Bay, our signature peated single malt, is a vatting of Kilchoman matured in both bourbon and sherry casks. Named after Islay’s most spectacular beach, the high proportion of bourbon barrels create a distinct balance of classic Islay character and fresh floral complexity.
Kilchoman Small batch release 2011. We bottle a limited number of Single Casks every year. A variety of ages and cask types are available, each selected for specific markets around the world. Released throughout the year, our single cask range are some of the very best casks in our warehouses. These single casks are bottled at their natural cask strength and individually labelled detailing each cask’s unique character.

For us the Saniag was the most heavily peated the nose was very smokey and the taste was a spicy peat with tobacco. The finish on the Saniag was long and pleasant.
The Small batch release was much sweeter and had hints of raspberry also got the lowest smokiness of all four. The taste was a bit more spicy than the others thanks to the higher ABV and this was the favourite among the four.
Saligo bay was not that exiting and didn’t stand out in anyway. Machir bay was our least favourite the plus was it smoke character.

All the bottles belongs to my friend Robert and I will in the future definitely buy a Kilchoman Small batch or the Saniag to my collection.