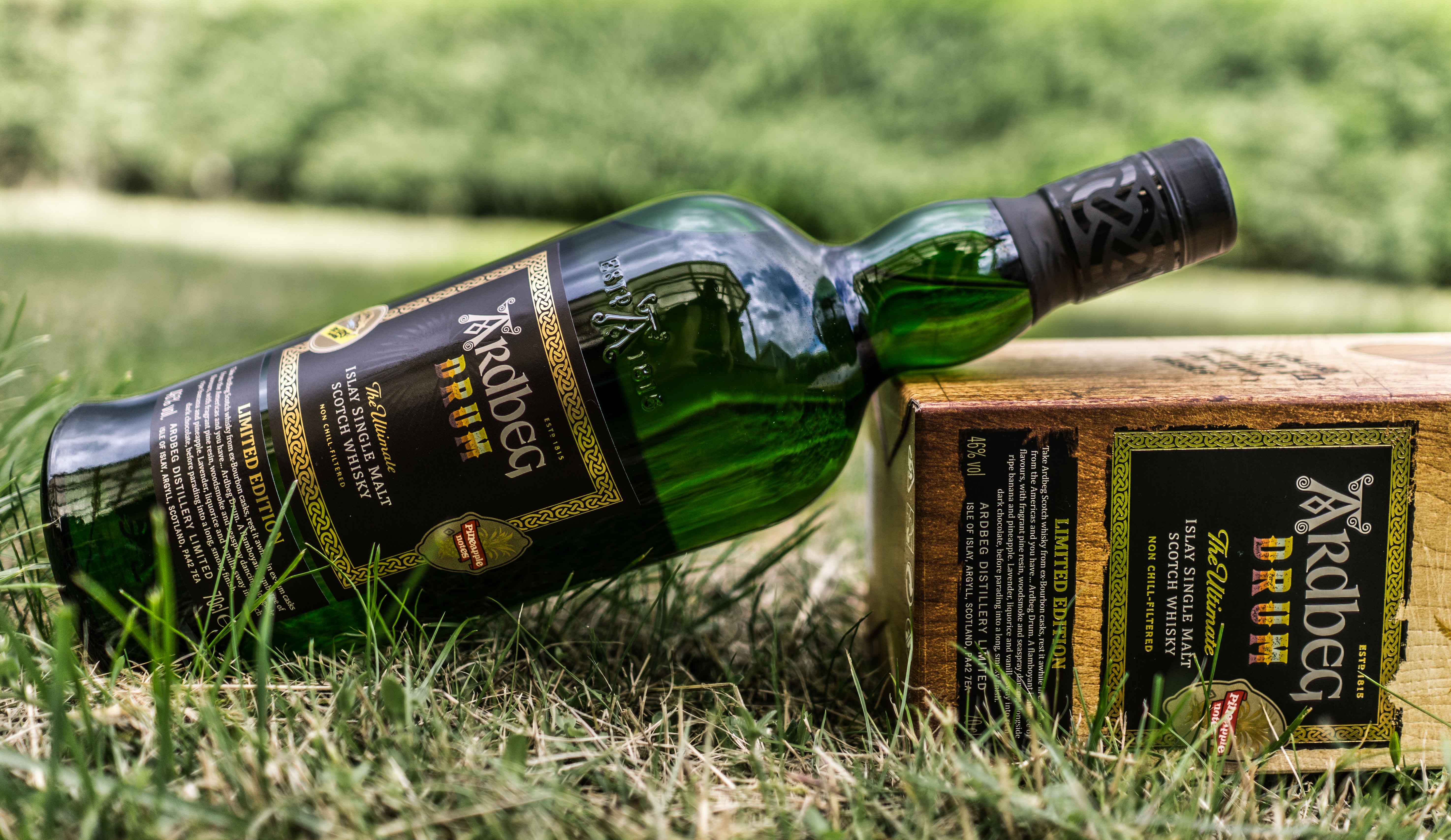 The first post on this blog will be the Ardbeg drum. It was released during the Islay festival recently and it is going for that carnival feel and tasting notes. Also the packaging is going for the exotic vibe.

It has been resting in ex-bourbon casks and is finished in american ex-rum casks to give it that pineapple and ripe banana flavours along with some classic Ardbeg peat.

Funny story to this bottle is that here in Sweden it’s only the systembolaget that is allowed to import liquor to Sweden and it is also the only place you can buy liquor and take home with you. So when this bottle was announced to be released the 5th of July my friend queued before the opening the store. To my surprise he called in panic and told me there where 30 persons queued like him.
Some took several bottles and the stock on that store was only 24 pieces so every one was “fighting” to get a bottle.

We was lucky to get one bottle each and I’m looking forward to try it and give a review here on the blog in the future.