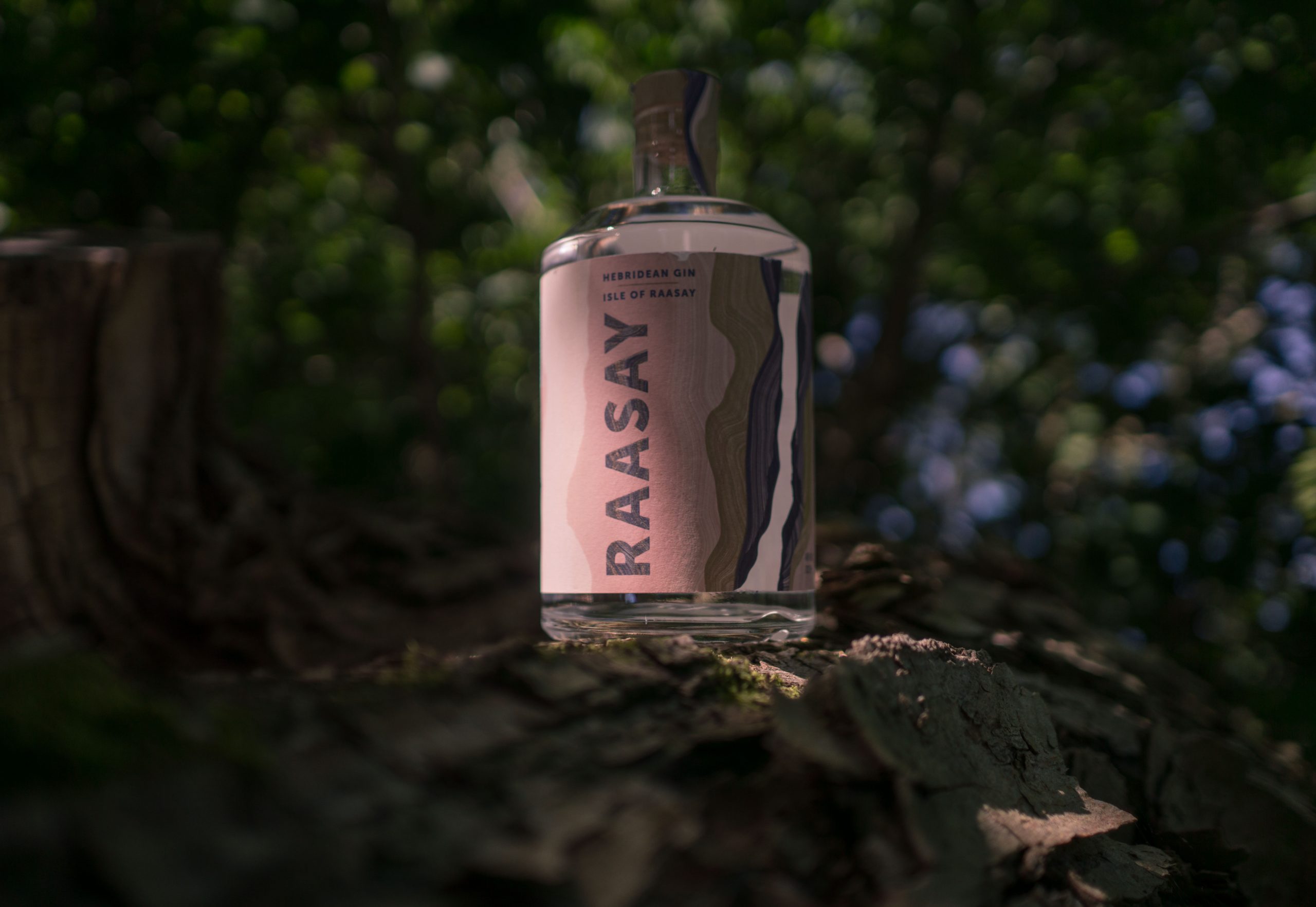 Local botanist Dr Stephen Bungard helped us hand-pick only the best juniper on the island before we distilled and infused our
Raasay and traditional botanicals together in our copper malt spirit still along with water from our well.
The result: a refreshing, zesty dry gin with a lasting aftertaste that encapsulates Raasay’s style, character and impressive geological variety.

Nose:
Fresh and aromatic, with juniper, citrus and a hint of rhubarb.
Palate:
Dry with a burst of juniper, orange and a richer rhubarb note.
Finish:
Dry and zesty.
Perfect Serve:
Orange zest strips and a premium mixer – we recommend Fever-Tree’s Premium Indian Tonic.
The dry nature of Isle of Raasay Gin also makes it the perfect base for your favourite gin cocktails. 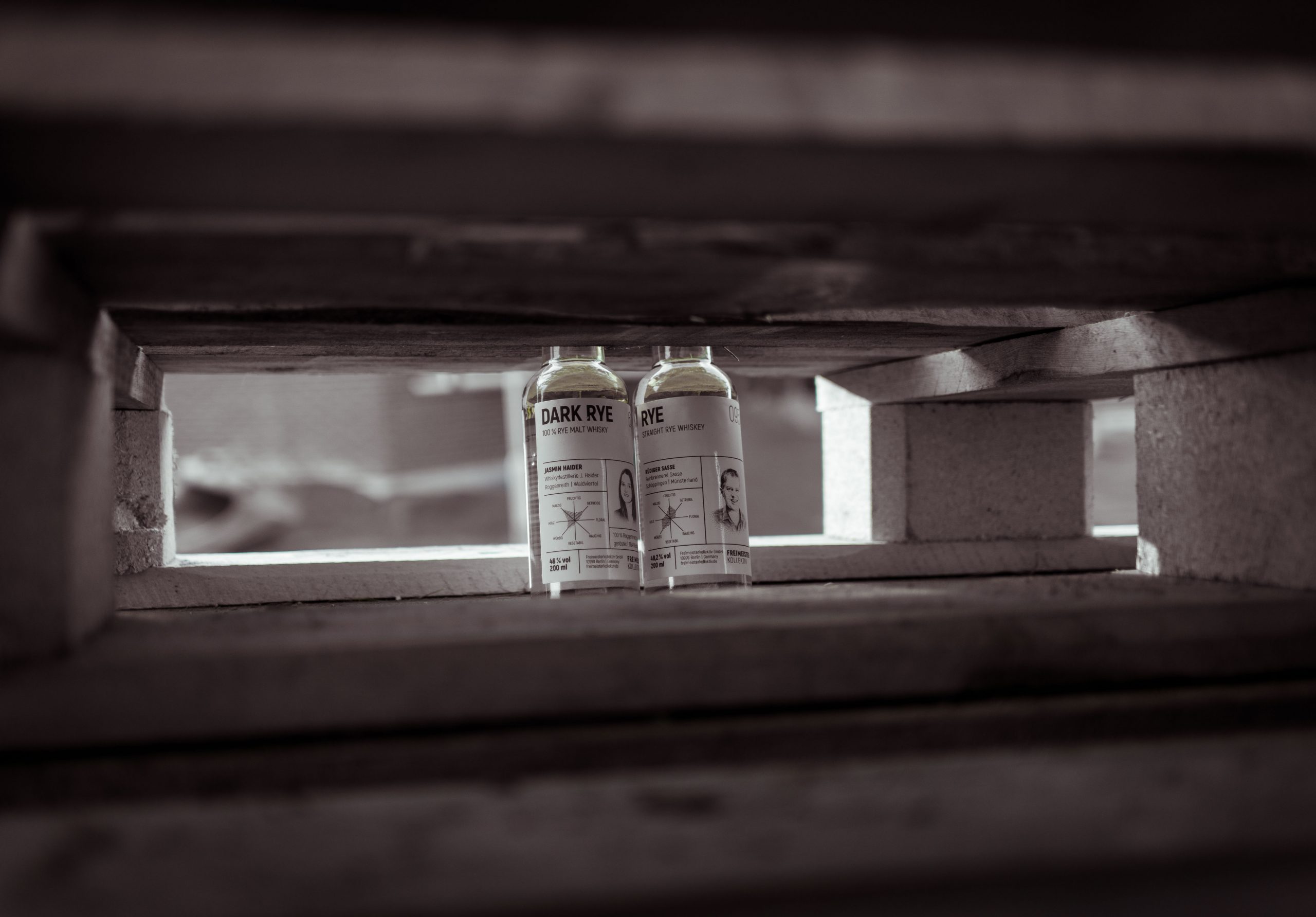 Here are two whiskies From Freimeisterkollektiv, the Dark rye and Rye.
Dark Rye is Distilled Jasmin Haider. Since 2016, she has been managing her father’s distillery, founded in 1995,
the whiskey distillery J. Haider, together with her mother Monika Haider. Healthy growth and quality over
quantity is the credo of the women’s team at the head of the distillery, which is based in the village with the significant name Roggenreith (translates “rye glade”).
Jasmin Haider-Stadler is also President of the Austrian Whiskey Association. The DARK RYE 607 is their first product for FREIMEISTERKOLLEKTIV.
Its bottled at 46% abv and contains 100% rye malt. According to the label taste map it’s more towards the malty and full-bodied.

Here are some tasting notes from the distiller:

NOSE
light vanilla, malty and nutty notes
TASTE
Pumpernickel, subtle nutty notes, vanilla, raisins
FINISH
malt, toffee, honey
The Rye also called Straight Rye whisky is distilled by Rüdiger Sasse.
The distillery in the municipality Schöppingen, Münsterland has been the family of Rüdiger Sasse for 15th generations. It was first mentioned in documents in 1707.
The history started in a brewery with a tavern, where the unused beer was distilled.
When Rüdiger Sasse takes over the business from his father, he wants to build on the passion of his grandfather and builds a historic distillery in 2004.
Since then he distills high-quality spirits from different cereals. Rüdiger Sasse is one of the pioneers responsible for a qualitative turnaround in Germans Kornbrand.
His barreled grain spirit was honored as the best whiskey in continental Europe at the 2010 International Wine and Spirits Competition in London.
And since 2017, the distillery Sasse belongs to the exquisite circle, which was awarded the title World Class Distillery at the prestigious World Spirits Awards (WSA) for three consecutive years.
It’s bottled at 48,2% abv containing 75% rye, 25 % malted barley and according to the label taste map its described as full-bodied, fruity and cereal. 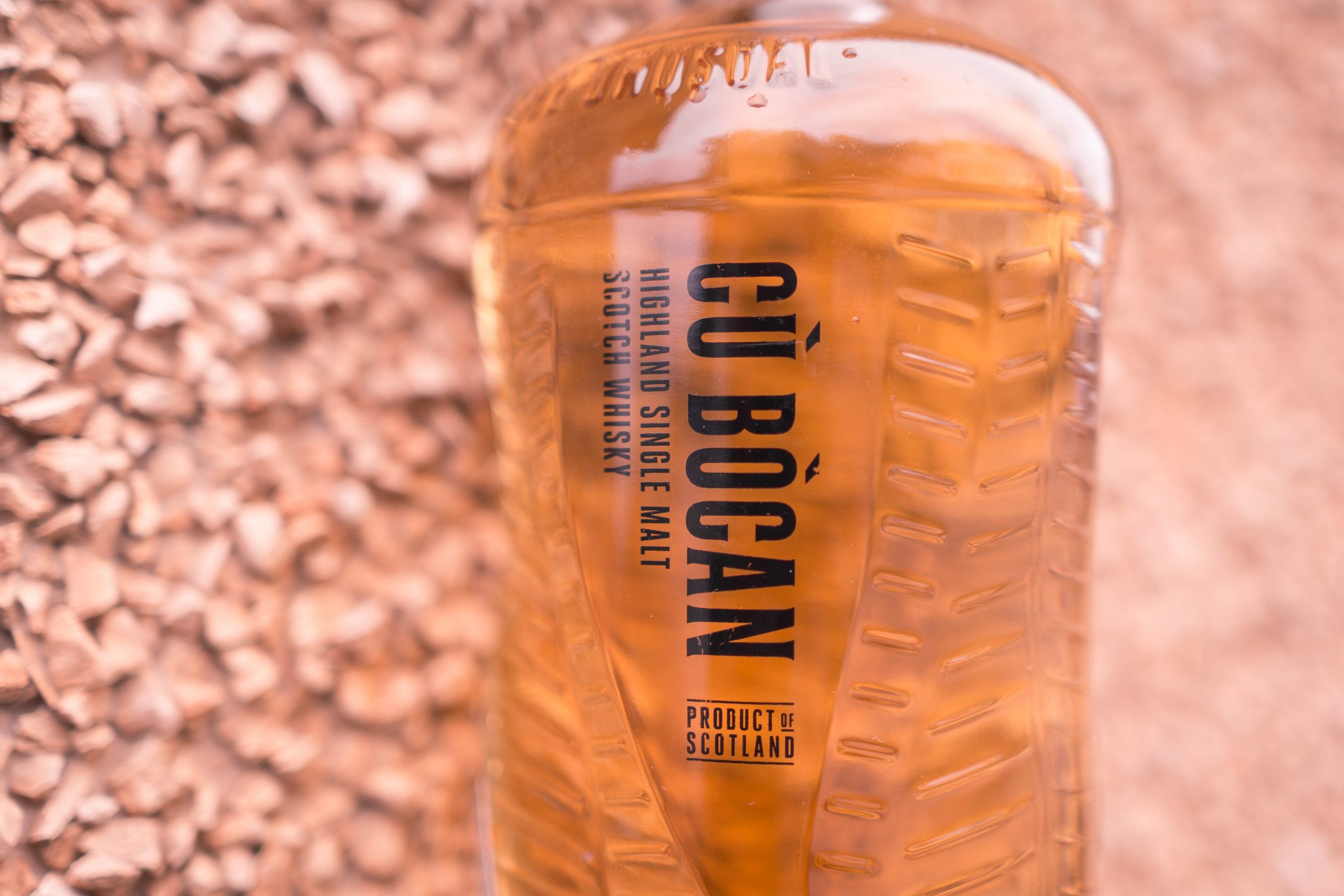 Nose ?
Coffee with Amaretto the sherry notes are there but not too strong. Letting the dram sit for a while i get some caramel hints and some smooth buttery scent.

Palate ?
Quite sharp at first then the caramel follows from the nose and also some wood bark. There is more to it but I cant set words on what it is.

Finish ?
This one has a long finish the sherry notes (red dried fruit with some sweetness) stays with you a long time!

Conclusion ?
A interesting choice of different casks make it quite unusual, some of the things i felt on both palate and nose was hard to describe so that makes it more complex and I could not set words on what I was sensing. 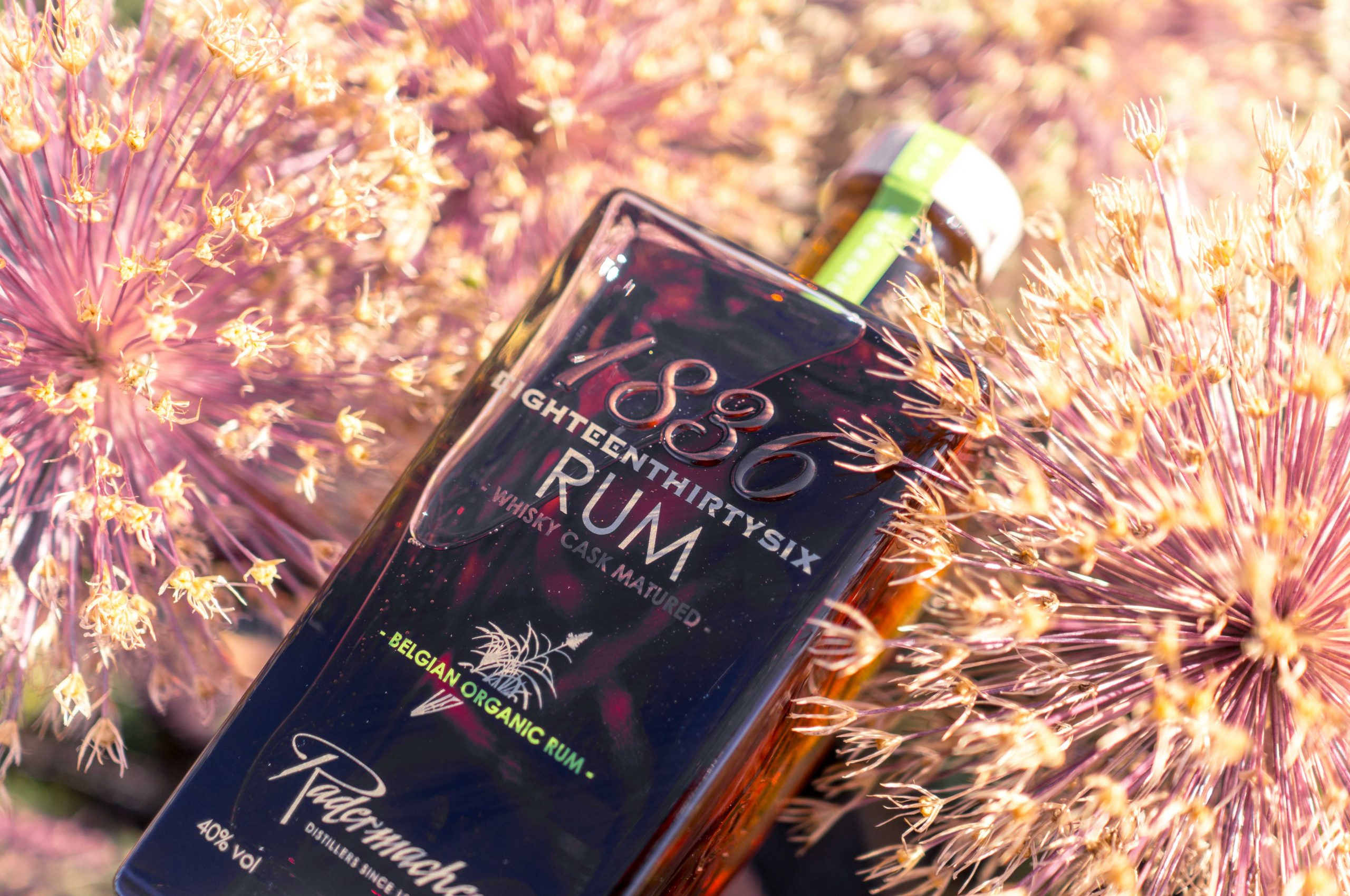 First some history about Distillerie Radermacher:

In 1836, Peter Radermacher, a farmer by trade, decided to found a gin distillery. At the time he already possessed a
mill and could use the ground corn as raw material for the distillation of gin.
This was the beginning of Radermacher distillery. His son Leonard succeeded him after
his death and took over the agricultural distillery.
Today, Radermacher Distillery is very proud to look back on her more than 183 years of existence and
offers a wide range of spirits, liqueurs, fruit flavoured aperitives and Whiskies.
For a long time, Radermacher products have only been reserved to the local and Belgian connoisseurs,
but they are now being appreciated by a vast public in numerous countries worldwide.

Info about the rum from the distillery:
Considering Fair Trade in the search of raw materials, the distillery Rader-
macher has chosen a distillate of organic sugar cane for the elaboration of its
1836 Organic Barrel Aged Rum.

After a first ageing in french Limousin oak barrels, which contributed previ-
ously to the ageing of the Lambertus Whisky, the whole richness of the rum’s
aromatic palette will then be refined by a finishing in new american oak casks.
Inspired by the Lincoln process, the 1836 Organic Barrel Aged Rum is finally
filtered on flakes of organic fair trade cocoa beans, which gives the rum its
particular typicity and full bodied taste. 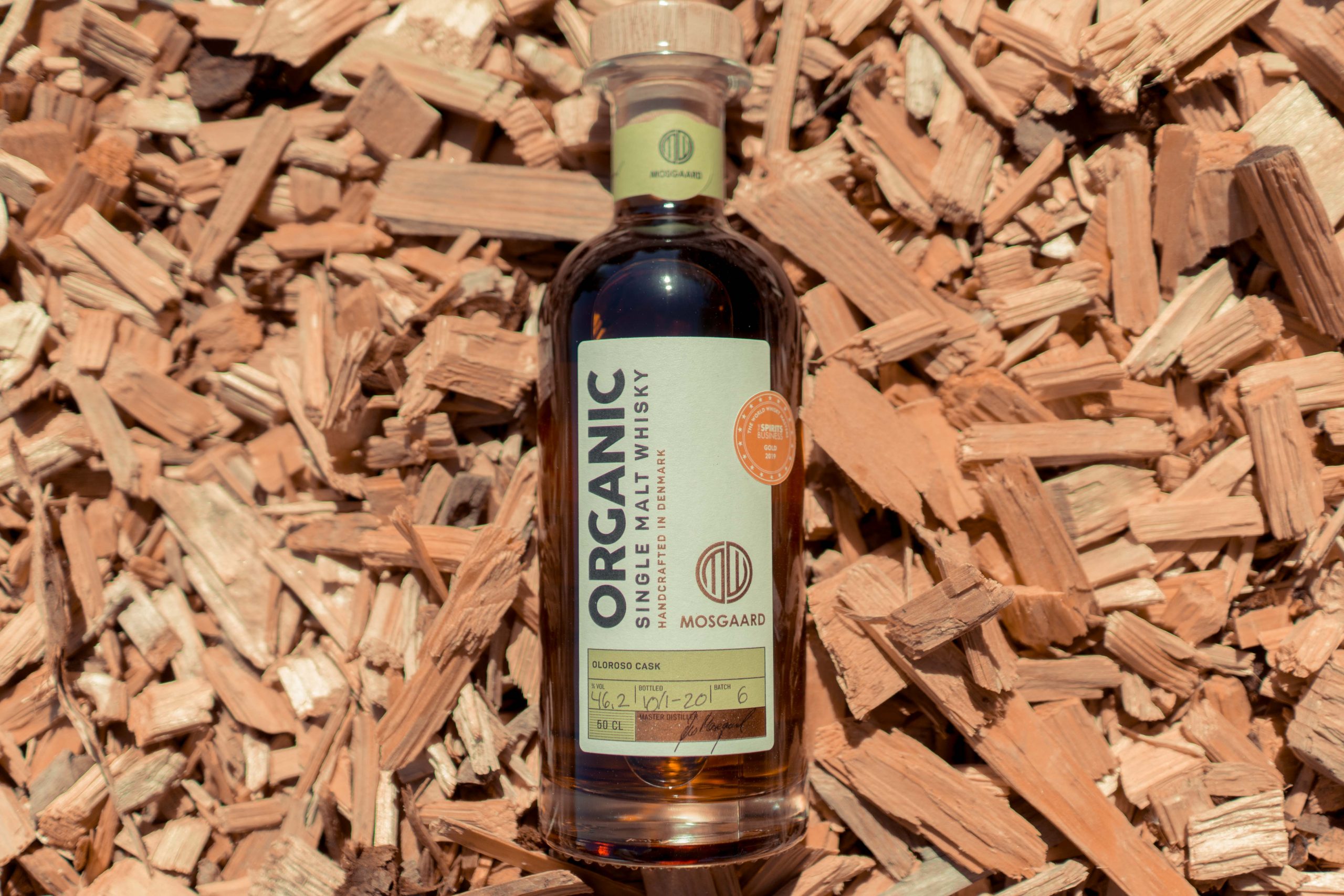 In a previous post you can reed more about this fantastic whisky. Here are a quick review:
Nose ?
Orange, chocolate, some burnt Almond, honey and the sherry is of course present.

Palate ?
Deep sherry, red dried fruits, there are some citrus in it too but cant decide if it is still orange as on the nose. Most of the flavors are placed deep back on the tongue.

Finish ?
Long with again the sherry coming through. Pleasant indeed

Conclusion ?
Very tasty, deep flavors and long finish. Yet again Mosgaard delivers and this is also a winner. Im excited for what to come from this distillery. Very well done by Mosgaard 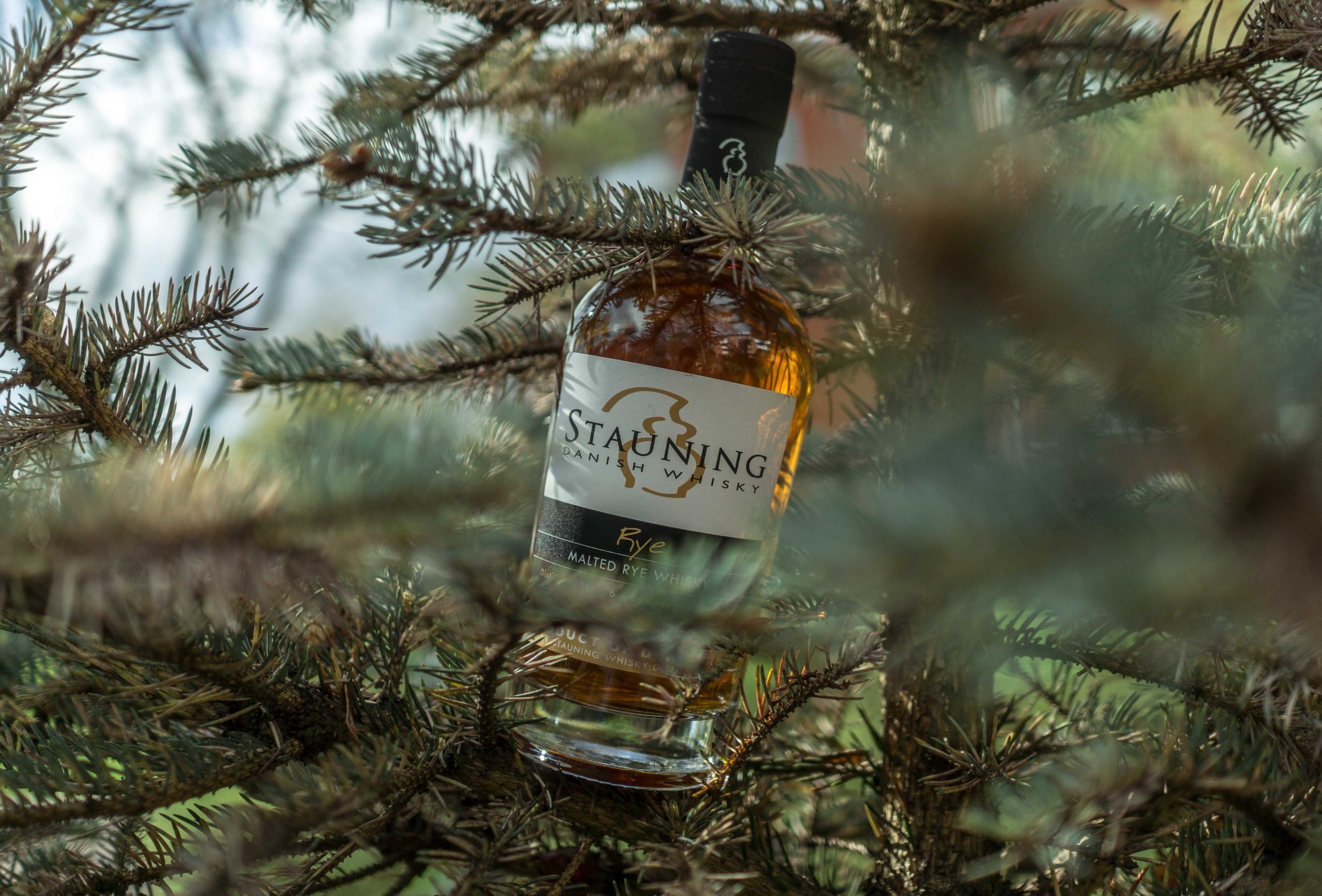 Here is a quick review of Stauning rye whisky, you can read more about it in a previous post.
Bottled at 50% abv

Palate ?
Some nice Cola notes, oaky, rough and dry. After that I felle some spice finishing of with vanilla

Finish ?
Medium long, the dryness sticks to the roof of the mouth

Conclusion ?
Spicy and oaky cola. Like this one a lot despite being only 3 years old 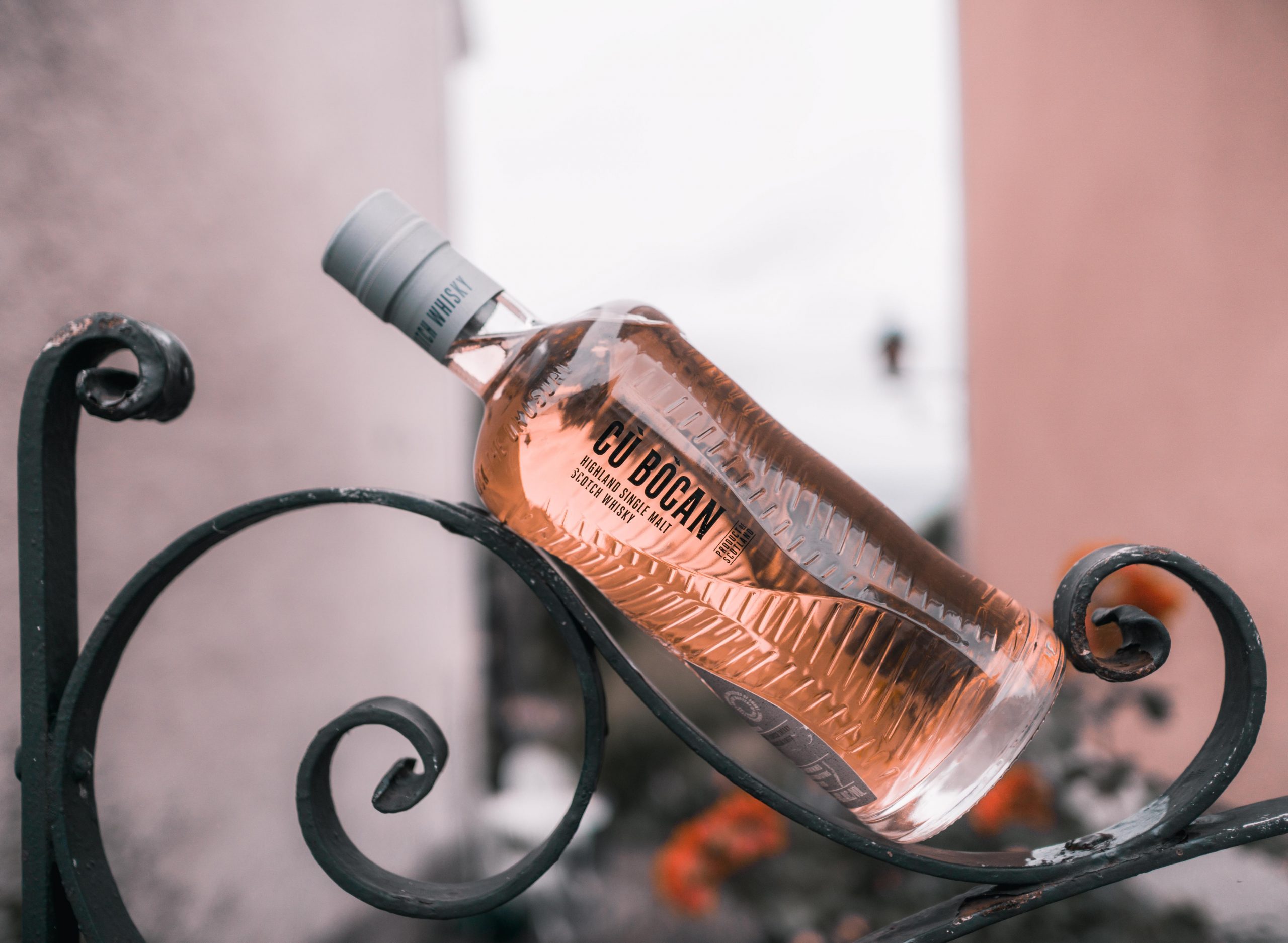 Cù Bòcan is a celebration of the subtleties of smoke and perfectly balanced sweetness,
Cù Bòcan is an experimental Highland Single Malt that explores innovative finishes to create whiskies full of intrigue and surprise.

Tomatin distillery is behind Cù Bòcan and let them experiment in a different way.
Their signature one has matured in three different casks to combine some unique flavours. The barley is lightly peated and they only distill every
winter in limited batches.

The Signature is aged in bourbon, oloroso sherry and north American virgin oak. This leads to a subtly smoky and suprisingly sweet spirit according to them.
The bottle design is also one of a kind to be unique in every way! Its bottled at 46% and a review of this one is coming soon. 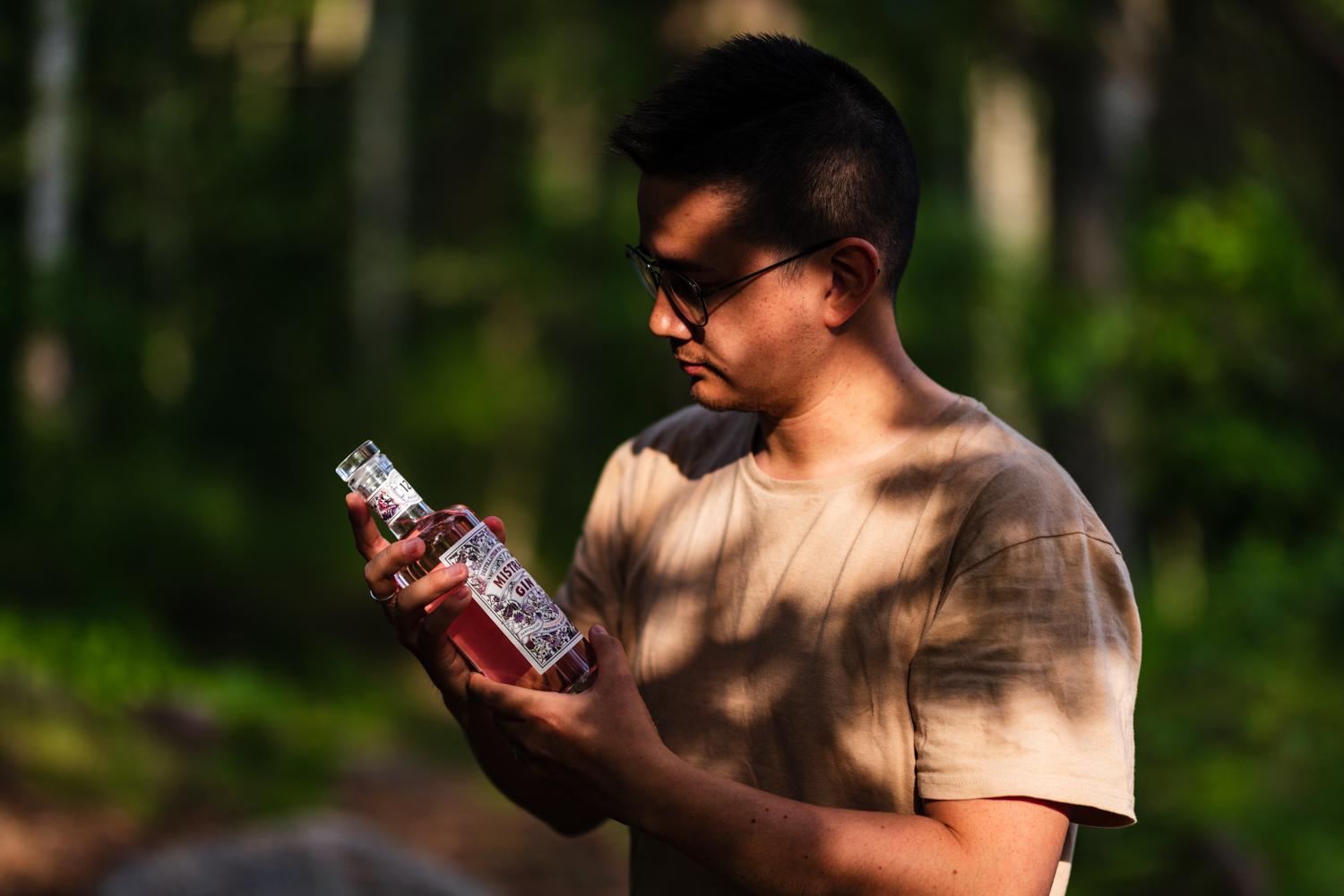 Some history from the producer:

This craft rosé gin is the fruit of our passion for Provence and its way of life.
Our enthusiasm was born from beautiful Provence Rosé wines and we quickly became fascinated with the diversity of the botanicals in the region.
After many months of research locally, we launched the first Provence dry gin with the focus on this terroir.
By using our knowledge of Provencal terroirs and our know-how about blending wines, we decided to bring a new approach to the gin category with this handcrafted Provencal gin !

It’s distilled at their partner distillery based in Forcalquier. Established in 1898 and located in the heart of the Alpes de Haute-Provence region, not far from Luberon.
The botanicals is harvested from the region around the area and also from the mountain Montagne de Lure that is located close by.

In their gin they use a total of 12 botanicals where 6 of the is “traditional” gin botanicals such as: Juniper, Cardamon, Iris root, Pink pepper, Coriander and Grain of paradise.
The other 6 provencal botanicals typical for the area is: Basil, fennel, mint, eucalyptus, pink grapefruid and thyme.
And amazing blend of botanicals in my opinion.

Futher on their bottle and labels are beautiful, Some nice art that shows that they beside the destillation and handcraft also think about the whole product.
Something unusual for gin bottles is that MistralGin uses a glass cork which gives it a premium feel.
Bottled at 40% with a beautiful pink color this gin tastes amazing with some good tonic and a few sea-buckthorn for the looks.